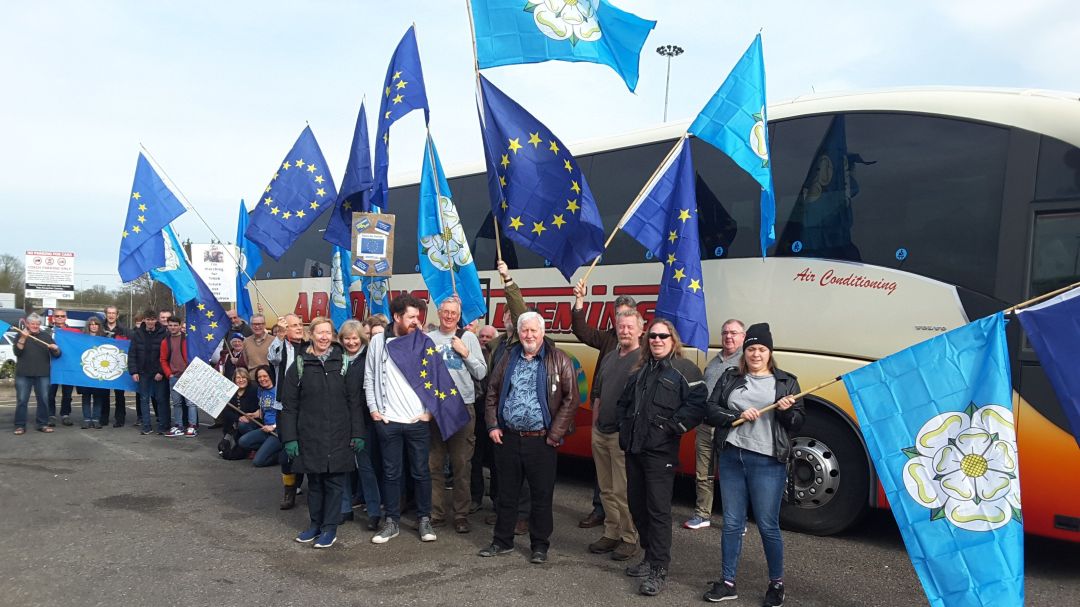 What an amazing day! More than a million people from every corner of the nation joined the big Put it to the People march on Saturday.  It was one of the biggest gatherings London has seen since VE day – so big that many never got anywhere near Parliament Square to hear the speeches. But it didn’t matter because every one who went left feeling elated – and with a sense that the momentum behind Remain movement is becoming unstoppable.

A record 19 coachloads of supporters – including three from North Yorkshire – set off down the M1. Many more traveled independently. Read the story in the Yorkshire Post

People from all backgrounds, races, nationalities – adults and children, able bodied and disabled – joined together in common purpose: To stop our despotic Prime Minister trying to drag us out of the EU.

There were clusters of white rose flags almost everywhere (we lost count of the number of people who asked, “what’s the flag with the flower?!”)

The march came as the online petition to Revoke Article 50 became the biggest ever seen on the Government’s website (see below). Meanwhileopinion polls  suggest the public mood has changed and people generally are going off the whole idea of Brexit.

No longer can the Prime Minister claim it’s the will of the people.

View all posts by samroberts22